Skip to Content
Travelling to the Tokyo Olympics with your guide dog? 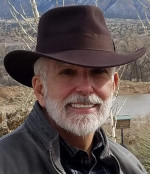 IGDF Board Member and Treasurer

Wells Jones has spent his 40-year career working for not-for-profit organisations that serve people with disabilities. He has served as Chief Executive Officer of the Guide Dog Foundation since 1989, and of America’s VetDogs since 2006. Wells is committed to the accreditation of guide and service dog schools and has been actively involved in advocacy and access issues in support of the right of individuals with disabilities to be accompanied by their guide and service dogs in all places open to the public.

Wells was elected to the IGDF board at the 2016 IGDF Seminar in Hvar, Croatia. 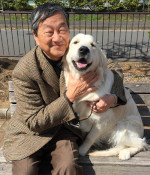 Kazu Oda is one of the board directors of Japan Guide Dog Association since 2011.

He is currently also the principal of JGDA Guide Dog Trainer’s School. Out of 63 graduates, 45 are currently working at JGDA.

He left Japan Airlines Co, Ltd Group in 2010 after working for 41years. He is very well travelled, and has lived in UK, Singapore and Hong Kong through his career.

He is excited to serve IGDF as a board member and is looking forward to the Tokyo Paralympics in 2020, as it’ll be a great opportunity for the improvement of public awareness of our Guide Dog movement around the world.

Kazu was elected to the IGDF Board at the 2016 IGDF Seminar in Hvar, Croatia 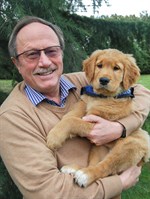 Bill Thornton is a devoted Guide and Service Dog provider and proven advocate for those with disabilities. His interest in dog training began when he first trained dogs as an Officer with the National Police Force of Rhodesia. An encounter with Guide Dogs for the Blind, UK on a trip in 1977 inspired his apprenticeship and training as a Guide Dog Mobility Instructor.
Following a move to Ottawa, Canada in 1984, Bill founded Canadian Guide Dogs for the Blind and served as President / CEO until 1996. A need for Guide Dogs in British Columbia inspired Bill to co-found BC Guide Dogs, the province’s first Guide Dog School for the Blind.
A passion to help more of Western Canada led to the expansion of the organization to Alberta in 2002. Seeing also a great need of Service Dogs for children with profound autism and their families, Bill founded Autism Support Dogs in 2008 and served as Chair of that organization until it amalgamated with BC Guide Dogs in 2014.

Bill has utilized his leadership qualities to contribute on a global scale. From 1986 to 1989, Bill participated in the development of the International Guide Dog Federation (IGDF). Since then, he has taken on many responsibilities with the Federation and has served on accreditation, finance and communications committees; as well as undertaken the role of International Assessor, completing 28 accreditations in 13 different countries. Bill has been appointed to the IGDF Board of Directors from 1990-1996, 1998-2006, and again in 2019 (serving currently). In partnership with Paul Keymer, Bill and Paul co-founded the IGDF “Derek Freeman Scholarship”, which has awarded 23 scholarships since 2006.

He has been a mentor and advisor for many Guide & Assistance Dog schools. In particular, Bill worked alongside Vancouver Island Compassion Dogs (VICD) as it formed in 2013 to ensure that PTSD Service Dogs were provided to Canadian Veterans living with Post Traumatic Stress. VICD has since amalgamated with BC Guide Dogs and together they have expanded their mandate to include assistance for First Responders living with Operational Stress Injuries.

Bill’s career reflects a lifelong commitment to providing life-changing dogs to those in need. His achievements were recognized with the IGDF’s “Ken Lord Award” in 2006. His dedication continues as he guides his organization through expansion and growth, and as he contributes his knowledge and experience to other training schools and like-minded organizations around the world.

Contact Us
Back to top
Menu
© 2021 International Guide Dog Federation. All Rights Reserved.
We use cookies on our website to give you the most relevant experience by remembering your preferences and repeat visits. By clicking “Accept”, you consent to the use of ALL the cookies.
Cookie settingsACCEPT
Manage consent